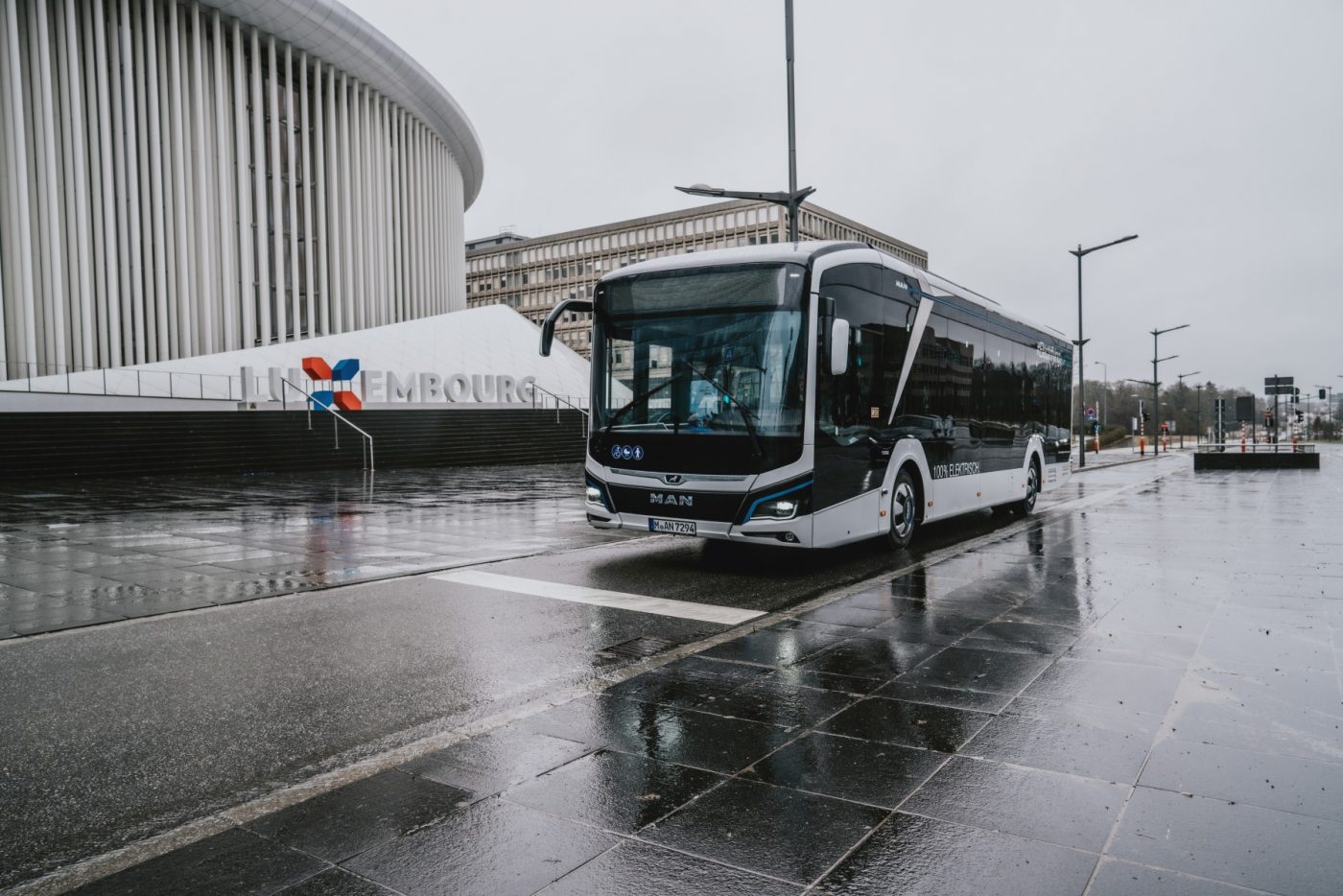 A bus is electrifying Europe: More and more European cities have MAN Lion’s City E buses in operation. Every day, these fully electric city buses impress operators, passengers, and drivers alike with their range, sustainability, and reliability – recently also in Luxembourg and Belgium.

MAN Lion’s City E buses are impressing more and more people throughout Europe. “Whether from bus operators, drivers, experts, or passengers – the enthusiasm is plain to see,” says Rudi Kuchta, Head of Business Unit Bus at MAN Truck & Bus. “Four electric buses also entered operation in Luxembourg very recently.” These 12-metre-long city buses were ordered by Voyages Emile Weber and are used by its subsidiary Voyages Ecker in the north of Luxembourg City. There, the MAN Lion’s City E buses get passengers from A to B safely, comfortably, and sustainably – day in, day out. “Voyages Emile Weber is one of several companies that we teamed up with to establish an innovation partnership a few years back. The goal was – and still is – to join forces and make alternative drive technologies a firm fixture of public transport. Naturally, we’re delighted that Voyages Emile Weber is now using our electric buses in scheduled operation,” Kuchta continues.

As of this year, the MAN Lion’s City E can also be found on the streets of Belgium. Transportation company Hansea put the electric bus from MAN Truck & Bus’ demo fleet through its paces over the space of a year. Its daily routine sees it running on Antwerp’s line 36 between Rooseveltplaats and Linkeroever, where its urban credentials are clear from its performance. The enthusiasm is plain to see from initial reactions: “The bus is wonderful to drive – I’m really impressed,” says Mario Provez, Hansea’s Technical Director.

A European road trip: MAN’s customer roadshow enters its second round in 2021

Numerous demo vehicles have been in scheduled operation since last year, as set out in MAN’s e-mobility roadmap. These include vehicles used for longer-term field trials in Hamburg, Munich, and Wolfsburg. On top of this, the Lion’s City E has impressed people all over Europe with its practicality, range, reliability, safety, and comfort – and it isn’t finished yet. “The Lion’s City E can easily overcome challenging conditions such as temperatures over 35 °C or tricky test routes with steep inclines,” Kuchta says. “Together with our customers, we decided to send the demo fleet out into the field to gain experience in conditions like this and many others before feeding back the results. We aim to support municipalities and transportation companies as best we can in achieving zero-emission mobility.”

The interest in these innovative electric buses is plain to see from the response to the roadshow organised by MAN Truck & Bus, with updates posted on its online channels under #ElectrifyingEurope: 78 stops, 15 European countries, and 141 customer touchpoints – a successful tally for 2020. To give even more customers and transportation companies throughout Europe a chance to test the electric bus, a second round of the roadshow will begin in 2021, featuring maiden voyages in Russia, Italy, Portugal, Romania, Lithuania, and elsewhere. “It’s important to us that as many companies and potential customers as possible get to drive our MAN Lion’s City E in person and experience just how exciting e-mobility can be,” Kuchta explains.

Series production of the Lion’s City E is ramping up

As the emissions-free variant, the fully electric MAN Lion’s City E rounds off MAN’s new generation of city buses. In October 2020, series production of battery-electric city buses was launched at MAN’s plant in Starachowice, Poland. It began with the 12-metre solo version: the Lion’s City 12 E. The first customer vehicles rolled off the production line destined for German operator Verkehrsbetriebe Hamburg Holstein (VHH); others will follow to fulfil major orders from Malmö and Nuremberg. The fully-electric, articulated Lion’s City 18 E will enter series production in April 2021, offering space for up to 120 passengers – an increase on the solobus’ 88. With regard to the drive for its electric bus, MAN has placed a central motor on the rear axle – or two central motors on the second and third axle in the case of articulated variants – bringing an improvement in handling. The power for the fully electric driveline comes from the batteries on the vehicle roof, which have an installed capacity of 480 kWh (solo) and 640 kWh (articulated bus). As such, the electric buses boast a range of 200 km – and up to 270 km in favourable conditions – throughout the batteries’ service life. “Growing passenger numbers and the challenge of reducing pollutant and noise emissions are putting public-transport operators in a tricky spot. With the MAN Lion’s City E, we have launched a city bus with zero local emissions and a high passenger capacity, both of which make it indispensable in overcoming those challenges,” Kuchta concludes with conviction. 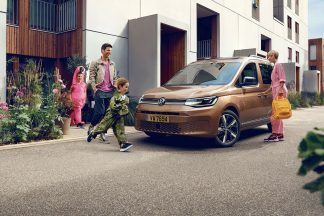 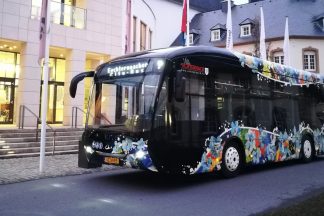 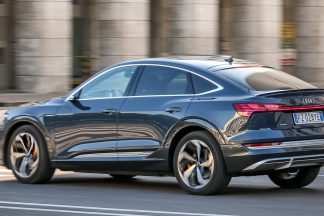 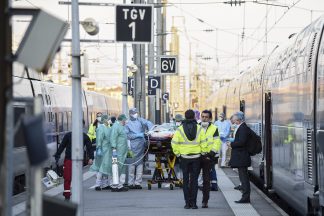 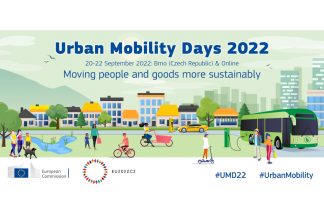 EU Urban Mobility Days: Moving people and goods in the direction of sustainability

How can walking, cycling and public transport help combat oil dependency? Are people willing to […] 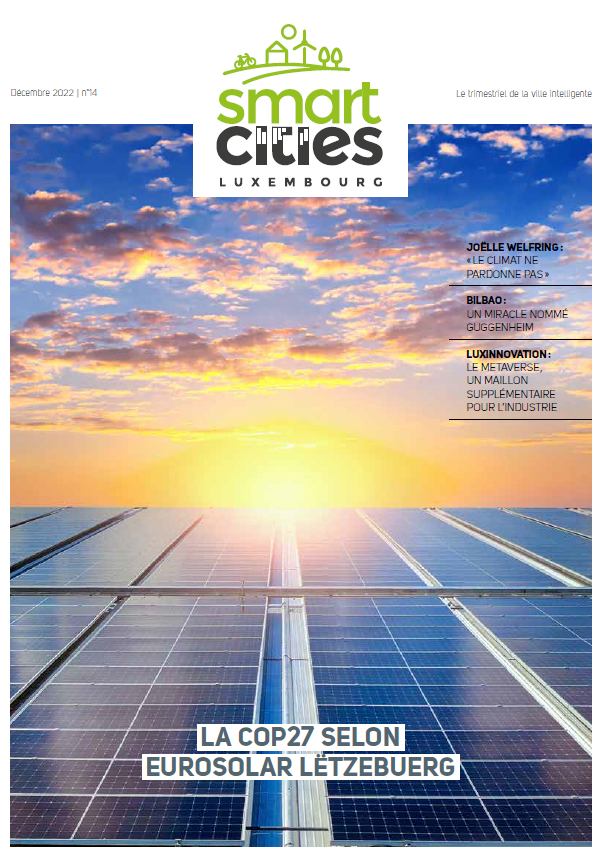